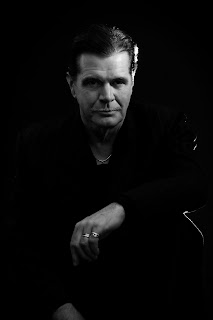 Malcolm Charles Berry has lectured at both Monash University and James Cook University in Queensland where he was for some time Co-ordinator of the Bachelor of Theatre. He has lectured and tutored in both drama and literature at a number of other universities and tertiary institutions. He holds a first honours degree in Literature and Masters Degree in Literature and Drama from Monash University. He has a Licentiate in Voice. He has also taught at many and varied secondary schools in Victoria and assessed Literature, Drama and Theatre Studies for the Victorian Education Department. He has worked in the USA as a voice lecturer. His acting and directing credits range from professional voice over and acting to direction of a number of professional works presented in Melbourne, Sydney, Brisbane and regional centres.  As a visual artist he has exhibited in Victoria and Queensland. A good deal of his artistic work has involved theatre/performance art design, prop and accoutrement design and construction. Malcolm is the artistic coordinator of Apollon Studios. He works as a researcher and part time for the Wellways Victoria, NEAMI and numerous other mental health providers doing what he calls ‘practical Zen’ and trying to give a little back to those who help others and the people they help.

In 2015 he had a highly successful exhibition RELICS at The Collingwood Gallery in Smith Street in April/May. The exhibition is listed in the Australian Art Almanac.

In 2016 a larger group exhibition by Apollon Studios entitled Jala (Water) was staged and exhibited at The Missions To Seafarers in Docklands, Melbourne.  Jala combined live music and theatre with performances held over four nights followed by a two week art exhibition.